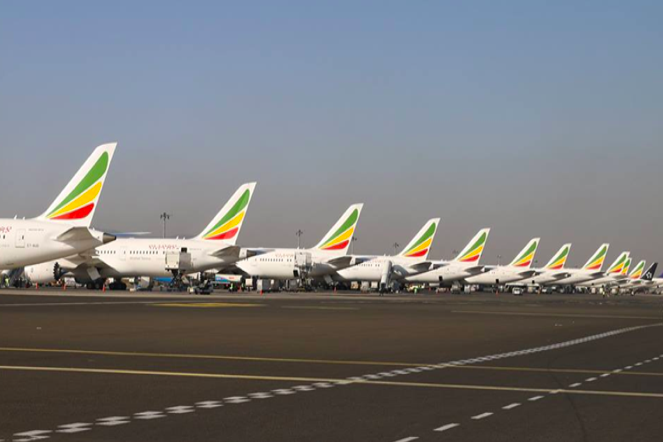 Addis Ababa airport had increased the number of international transfer passengers to sub-Saharan Africa for five years in a row, and in 2018 had surpassed Dubai, one of the world’s busiest airports, as the transfer hub for long-haul travel to the region. Travel booking systems data revealed that the number of long-haul transfers to sub-Saharan Africa via Addis Ababa jumped by 85 percent from 2013 to 2017. Transfers via Dubai over the same period rose by 31 percent. The move to allow visitors to apply for visas online, and the pledge of Prime Minister H.E. Dr. Abiy Ahmed to open Ethiopia’s largely state-controlled economy to foreign investment are said to have contributed to the increase in bookings via Addis Ababa.

Group CEO of Ethiopian Airlines, Mr. Tewolde GebreMariam remarked, “The report by travel consultancy ForwardKeys reveals Ethiopia’s leading role in serving as the major African hub to long-haul air travel to the region, and it perfectly matches with the ambitions of our Pan-African airline which has always sought a fair share for African carriers in the continent’s air travel market. Our continued investment in expanding our intra-African network, which is the largest by an airline, is now paying dividends. With the partnerships we are entering with indigenous African airlines and the massive expansion work underway at Addis Ababa Airport, Ethiopia is set to grow even further as the major transit hub for long-haul air traffic to/from Africa.”

Dubai has long been a major global air travel hub because it is the base of Gulf carrier Emirates. Given the lack of an “open skies” deal smoothing flights across Africa, many passengers traveling between one part of the continent and another, or from Asia or Europe to Africa, must often transit through Dubai, Reuters noted in its report.

With 117 international passenger and cargo destinations across five continents, 60 of which are in Africa, Ethiopian commands the lion’s share of intra-African network.

Reuters’ report is available at the below link: