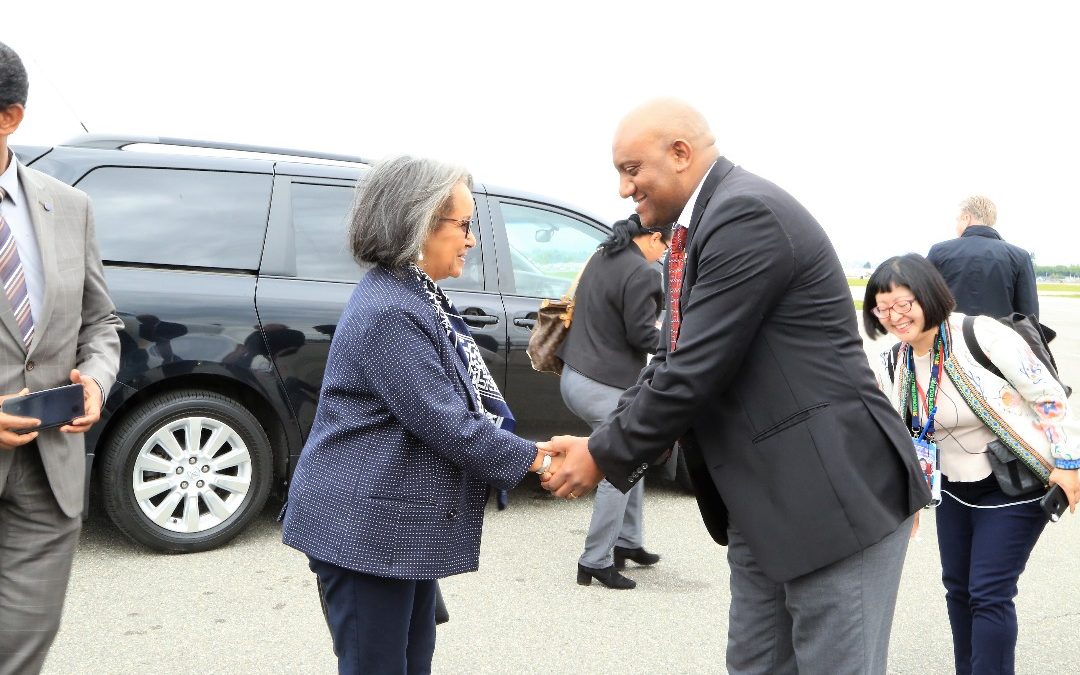 Over 8,000 delegates at the Women Deliver Conference held in Vancouver gave enthusiastic cheers and applause to Ethiopia’s President Sahle-Work Zewde as she walked on stage to help kick off the four-day international conference.

“My coming here (as the first female Ethiopian president), is good not only for Ethiopia but for Africa and the whole world,” said Zewde, whose position is largely a ceremonial one, with the power resting with the prime minister. “My being here is a direct result of the reform agenda being unfolded in Ethiopia,”

Sahlework congratulated President and CEO of Women Deliver, Katja Iversen on the successful turnout at the conference and expressed Ethiopia’s keenness to work with Women Deliver to promote the causes of women in Africa and globally, as disclosed by the Presidents’ office.

Sahlework also met with Canada’s Prime Minister Justin Trudeau attend the conference and shared the governments’ commitment to gender equity. The two leaders to took some time during Sahlework visit to discuss bilateral ties between Ethiopia and Canada.

The Women Deliver 2019 Conference was held on June 3- 6 in Vancouver, Canada it is the world’s largest conference on gender equality and the health, rights, and wellbeing of girls and women in the 21st century.

More than 6,000 world leaders, influencers, advocates, academics, activists, and journalists attended the conference in Vancouver to accelerate progress for girls and women everywhere.

The conference promotes world-class solutions and engages in a broad spectrum of voices. It will focus on several issues from health, nutrition, education, economic and political empowerment to human rights, good governance, and girls’ and women’s agency and equality.

President Sahlework Zewde posing for picture with some Ethiopians living in Vancouver area. 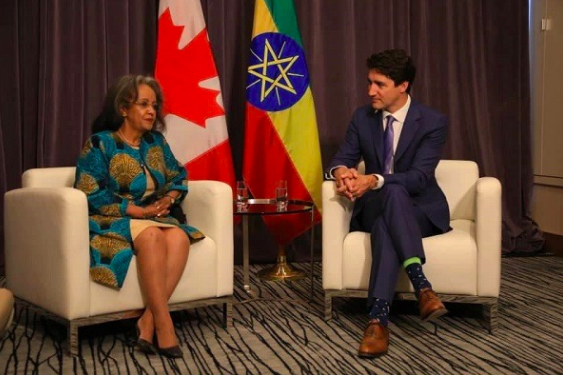 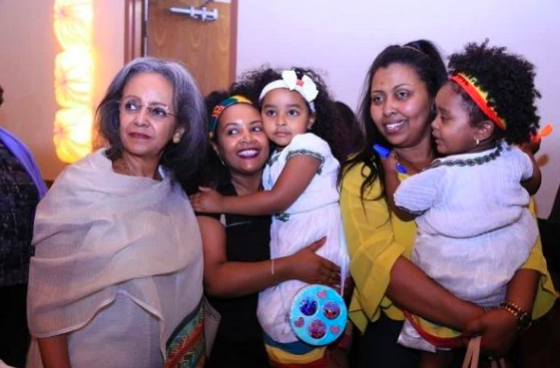