When Yayou Woldeyes walked into the Ethiopian Airlines Toronto office on December 19th, she could not stop smiling. She was greeted by Samson Arega Ethiopian Airlines Canada Country Manager and staff along with media, as her son Ermias escorted her to the office to surprise his Mom with her life-long wish of becoming a flight attendant.

The 53-year-old Woldeyes – who relocated to Toronto in the 1980s – has pancreatic cancer and is in palliative care, prompting her son Ermias to contact Ethiopian Airlines and ask if it would allow her to don a flight attendant’s uniform. Woldeyes grew up wanting to be a flight attendant, applying for one of the positions in the late 1970s, and dismissing a childhood friend’s suggestion that she become a nurse.

“This is something I heard from my Mom all the time growing up. She would tell me often of how she admired Ethiopian Airlines staff and always dreamed of being a member of its cabin crew,” Ermias says. “She would talk about how much she loved the uniform that flight attendants wore.”

Woldeyes arrived at a surprise gathering where she was presented with a flight attendant’s uniform and name tag, a plaque recognizing her as an honorary staffer and a bouquet.

“Now you’re a part of the team,Yayou,” said Samson Arega.

“This was a very touching moment for all of us witnessing how happy she was. It was an honour to be part of this lifelong wish for Yayou, a memorable event for all of us,” said Arega.

Yayou hugged and thanked everyone in the office and never stopped smiling.

From her son Ermias:

Yayou has always wished to become part of the Ethiopian Airlines team (growing up herself in Ethiopia and also as I grew up in Canada, she would tell me these stories). Today was a family moment that she and I will cherish and never forget. It was hard to see from her reaction, but as her son, I knew what she was feeling, and I haven’t seen her this happy in a long time. She can’t stop talking about it on the phone with family now that this is the best Christmas surprise gift she’s ever had. She was in shock at the Ethiopian Airlines office and thought she was dreaming after putting on the official uniform. As her cancer is not curable, she is in palliative care with hopes to enjoy her remaining time as much as possible with family and friends, but she struggles at times to maintain her optimism. Today, Ethiopian Airlines granted her dreams and celebrated it with her too. She not only feels a greater sense of community now but also has a fresh outlook towards a new year full of joy and possibilities. 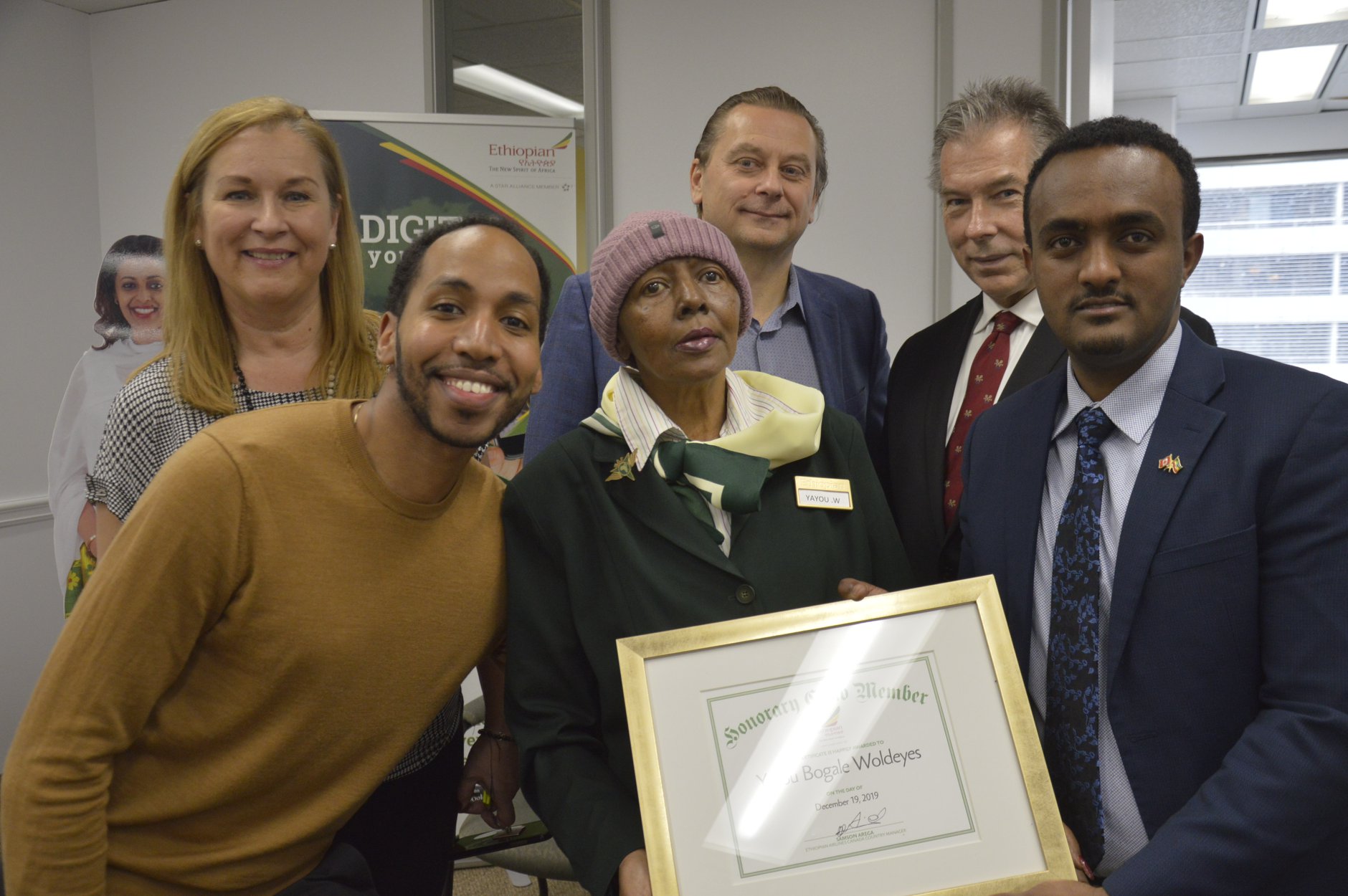 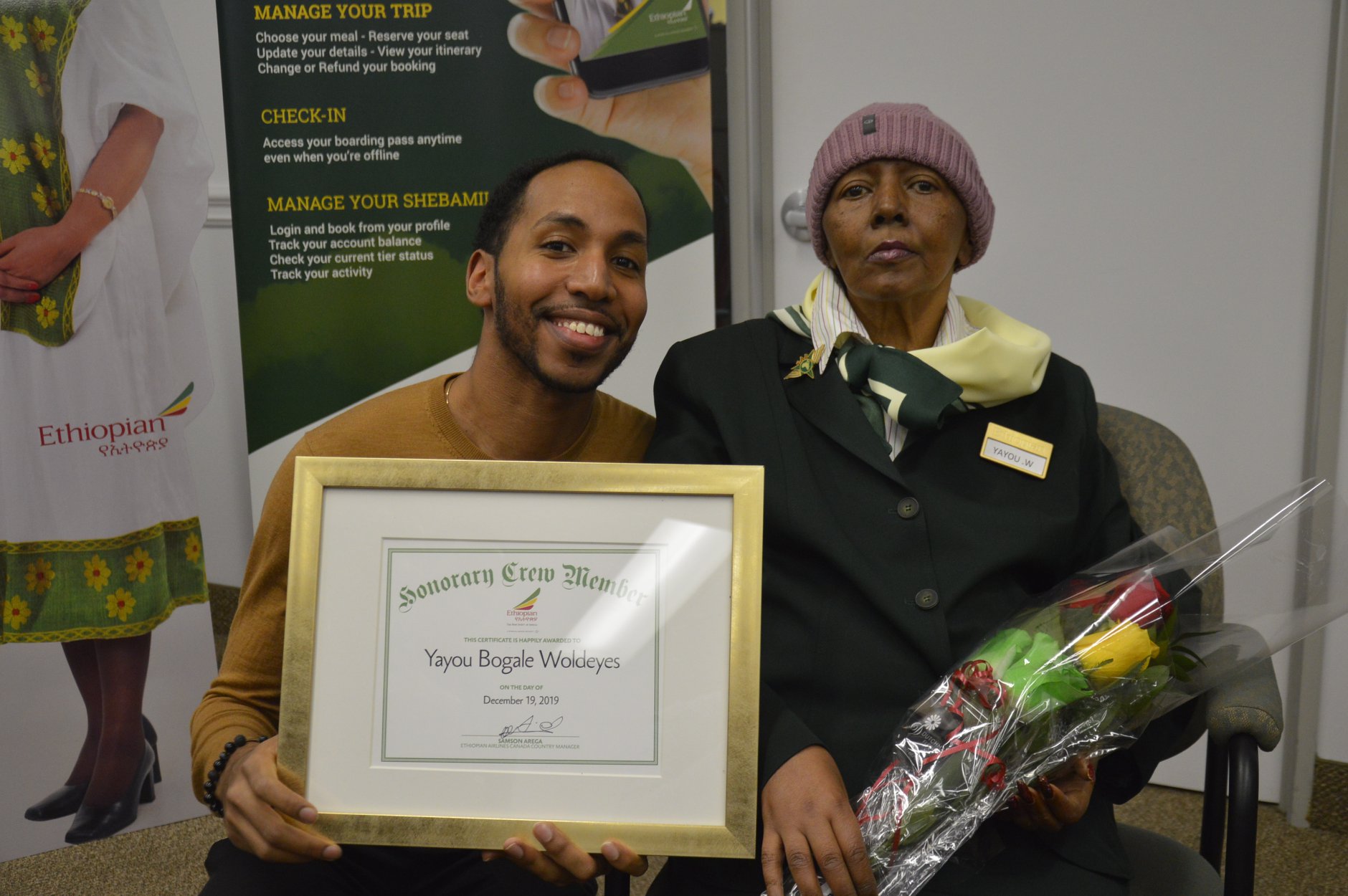 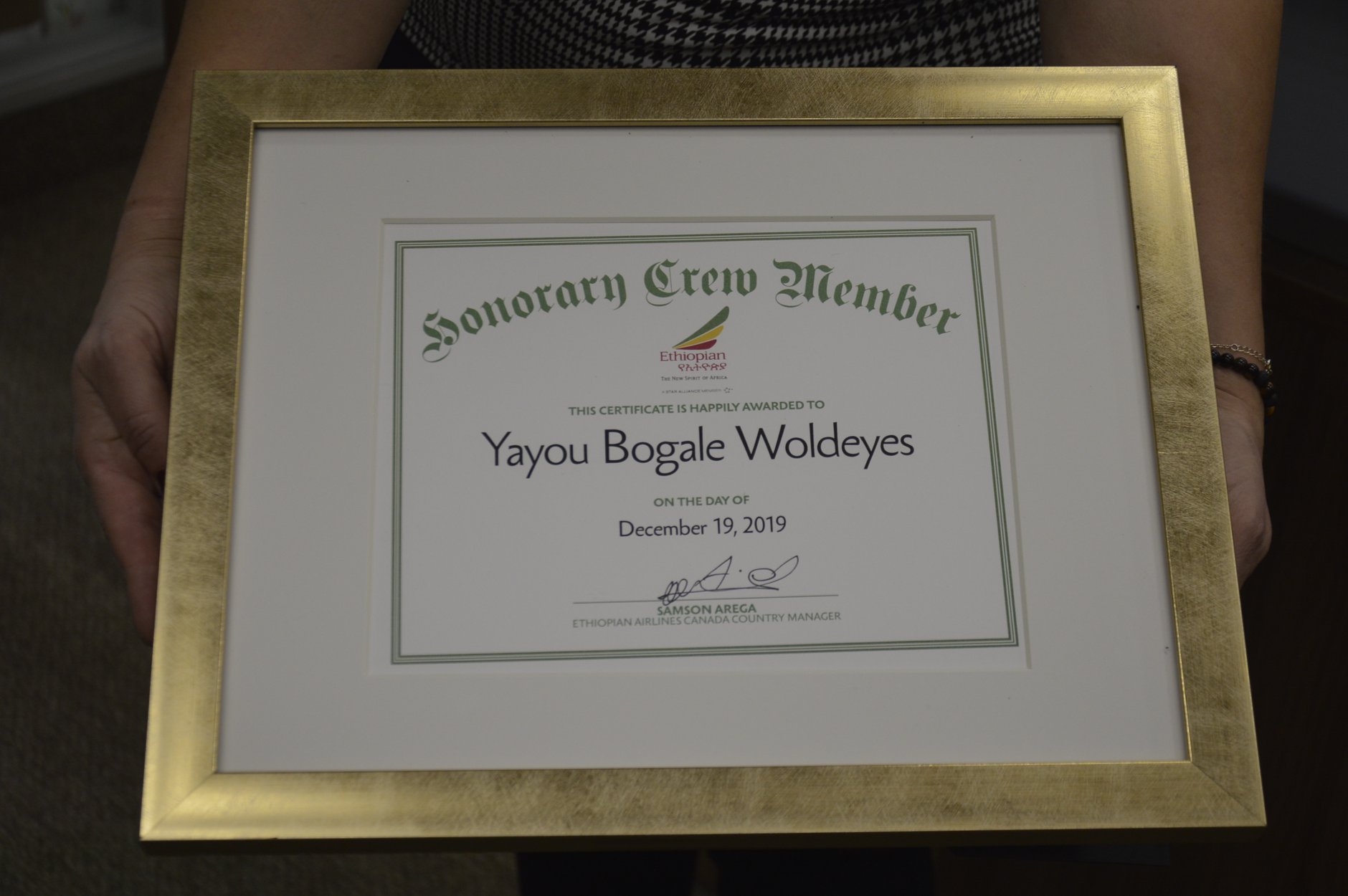 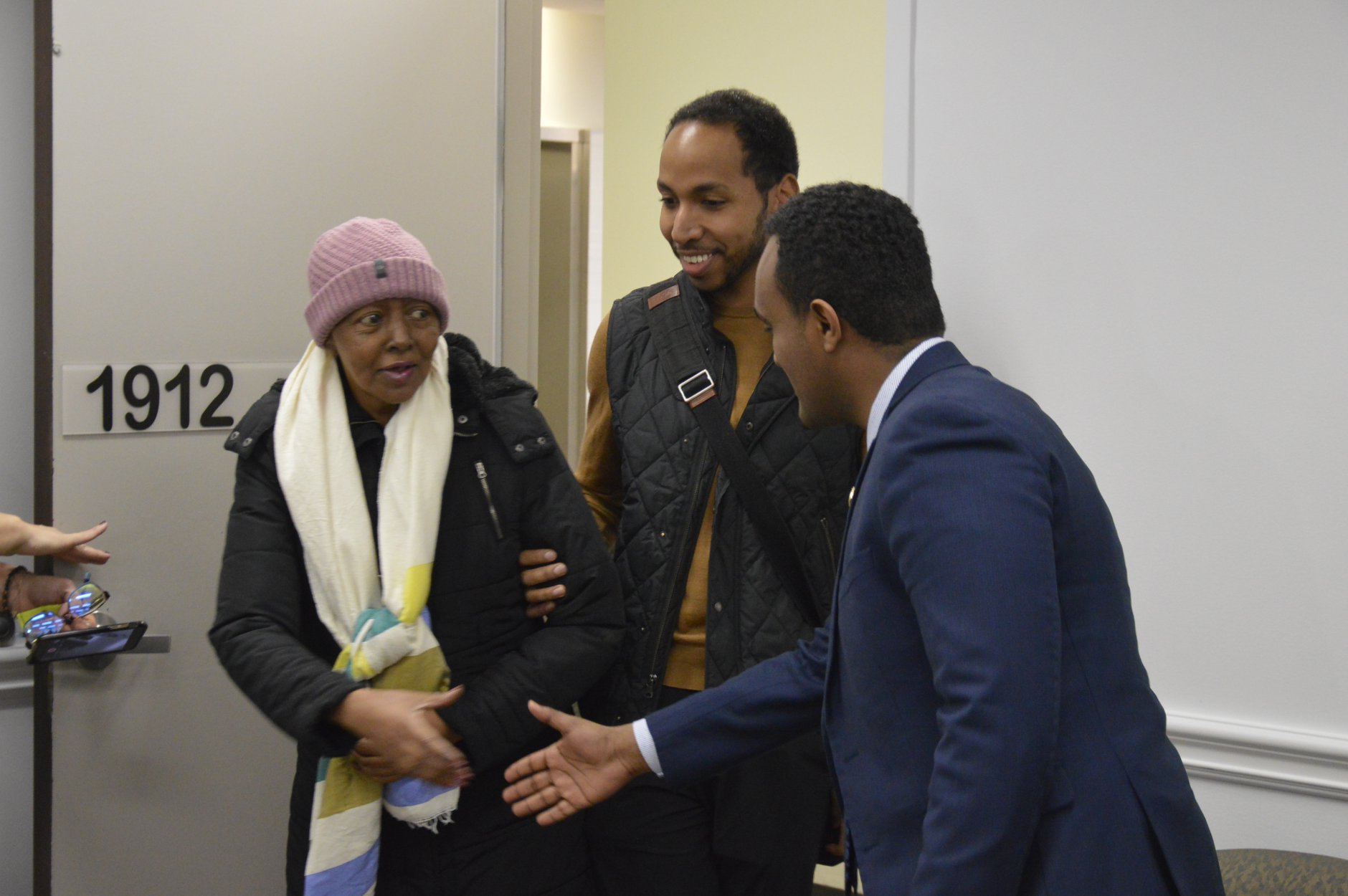