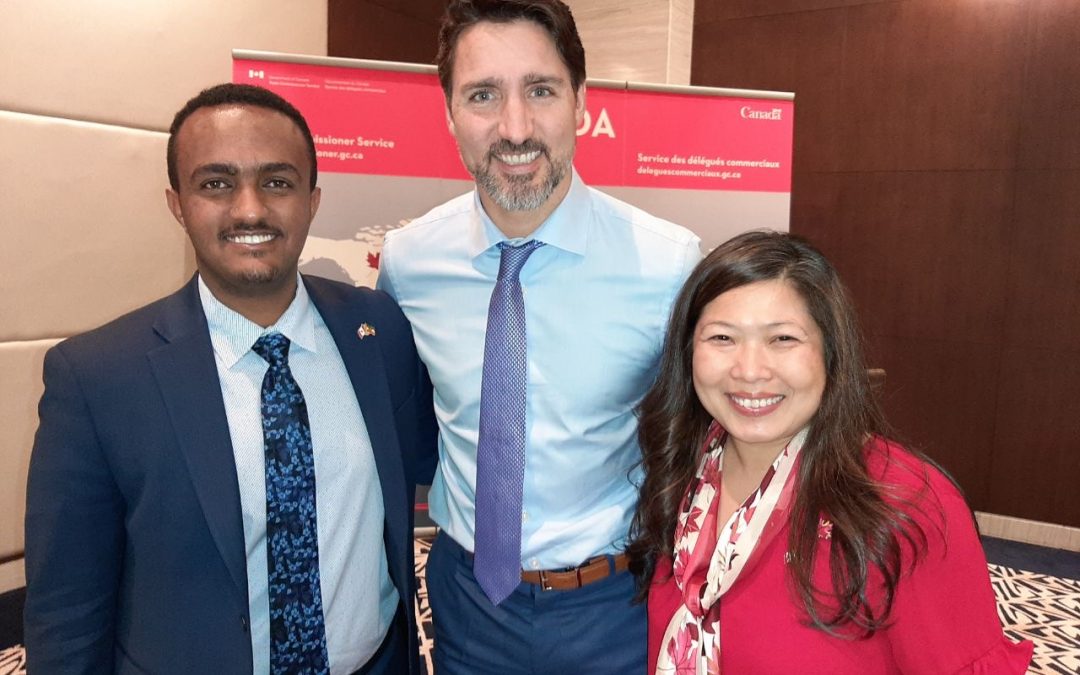 Canadian Prime Minister Justin Trudeau received a warm reception in Addis Ababa, Ethiopia where he travelled with three of his cabinet ministers to attend weekend sessions of the African Union.

It was a chance for Trudeau to meet directly with several of the 54 African leaders. 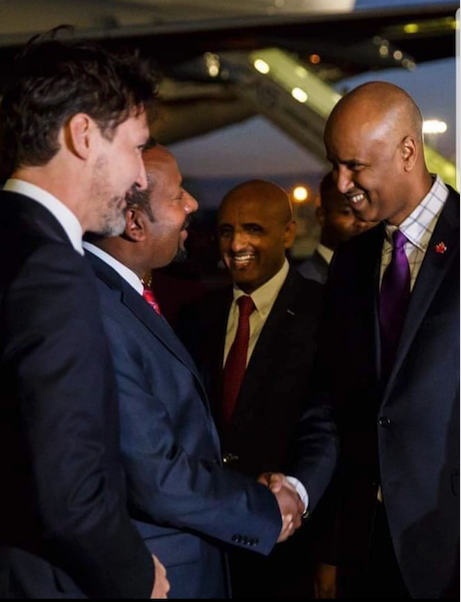 In his meeting, Prime Minister Trudeau and Prime Minister Abiy discussed ways to strengthen trade and investment noting the participation of the Minister of Small Business, Export Promotion and International Trade, Mary Ng, who travelled to Ethiopia with Prime Minister and delegation. The Prime Ministers’ agreed on the importance of creating economic opportunities for all, including through creative ways to support Ethiopia’s dynamic and entrepreneurial youth. The leaders spoke of the potential of the African Continental Free Trade Agreement in accelerating the economic transformation of the continent. They also discussed ways of furthering economic prosperity by promoting cross-industry collaboration to create jobs advanced through Ethiopia’s industrial policy and Canada’s innovation superclusters. Prime Minister Trudeau acknowledged Prime Minister Abiy’s leadership and contribution to regional peace and security. The two leaders spoke of the deep friendship between Canada and Ethiopia, founded upon close people-to-people ties, and discussed ways to further improve the flow of people between the two countries. They discussed the important role played by the African Union in promoting an integrated, prosperous, and peaceful Africa. The two leaders exchanged views on contemporary challenges to peace and security in Africa, further to Canada’s role as 2020 Chair of the United Nations Peacebuilding Commission.

Prime Minister Trudeau and President Sahle-Work discussed opportunities to deepen trade and investment linkages, creating jobs and opportunities for people in Canada and Ethiopia. The Prime Minister expressed Canada’s interest in entering into negotiations on a Foreign Investment Protection Agreement with Ethiopia. The two leaders also welcomed greater collaboration between Canada and Ethiopia on public-private partnerships for infrastructure development. The Prime Minister and the President discussed mobilizing creativity and capital in the private sector to help drive Africa’s economic transformation and create opportunities for all, especially youth.The two leaders discussed ways to continue advancing gender equality and women’s empowerment, building upon their successful collaboration at Women Deliver hosted by Canada in 2019.They exchanged views on regional peace and security and agreed to continue to work together to advance the Women, Peace and Security agenda. The Prime Minister was accompanied by three Cabinet Ministers, Minister Ng, Minister of Small Business, Export Promotion and International Trade, Minister Ahmed Hussen, Minister of Families, Children and Social Development, and François-Philippe Champagne Canada’s Minister of Foreign Affairs. Toronto Raptors president Masai Ujiri also travelled with the Prime Minister joining the delegation.

CEO Tewolde Gebremariam had an opportunity to share with the Prime Minister about the business growth and strategic partnerships  in Canada with Ethiopian Airlines. Further bringing awareness of Ethiopian Airlines to Canadians and the  positive impact over the past several years in the travel, tourism and trade industry.

“Ethiopia is one of the fastest growing economies in the world – and it’s set to become a major economic hub. That means new markets and opportunities for Canadian businesses and new jobs for people in both our countries. Ministers Mary Ng, Ahmed Hussen and I had a busy day strengthening ties and meeting with leaders from Ethiopia, Rwanda, Egypt, and Cabo Verde to talk about increasing trade and investment, and making sure everyone – regardless of gender – benefits from economic growth,” 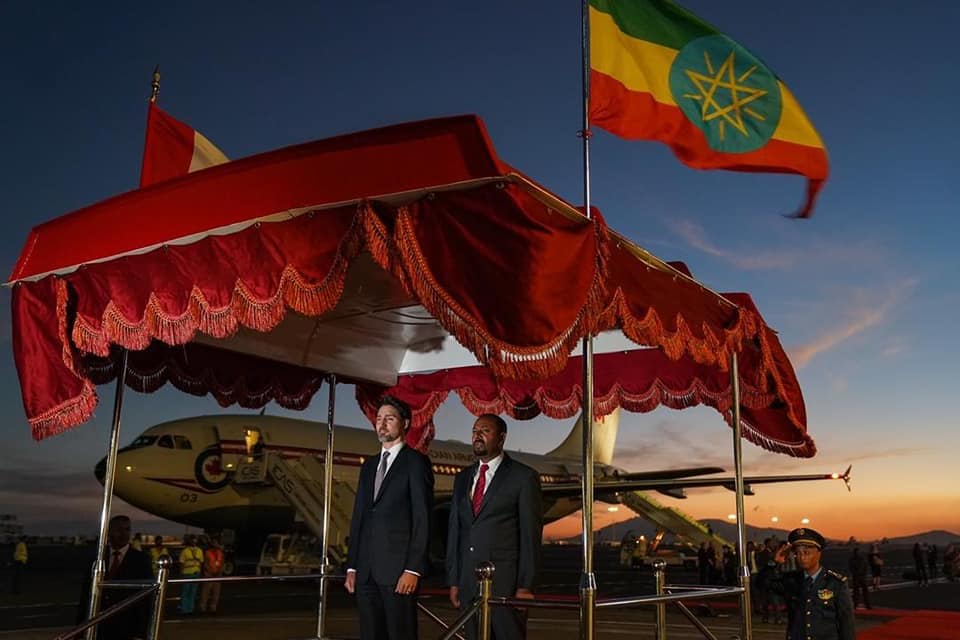 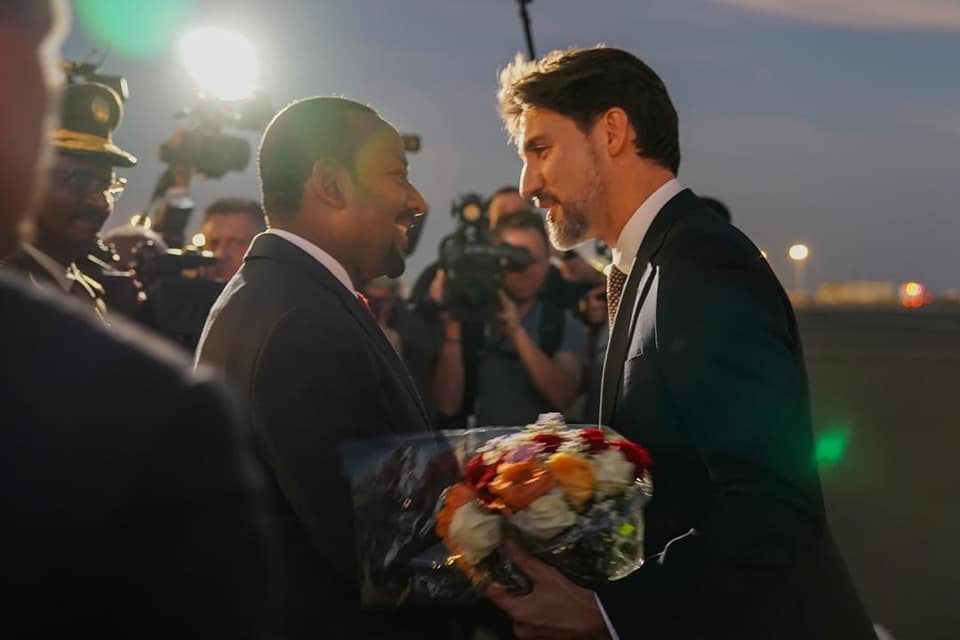 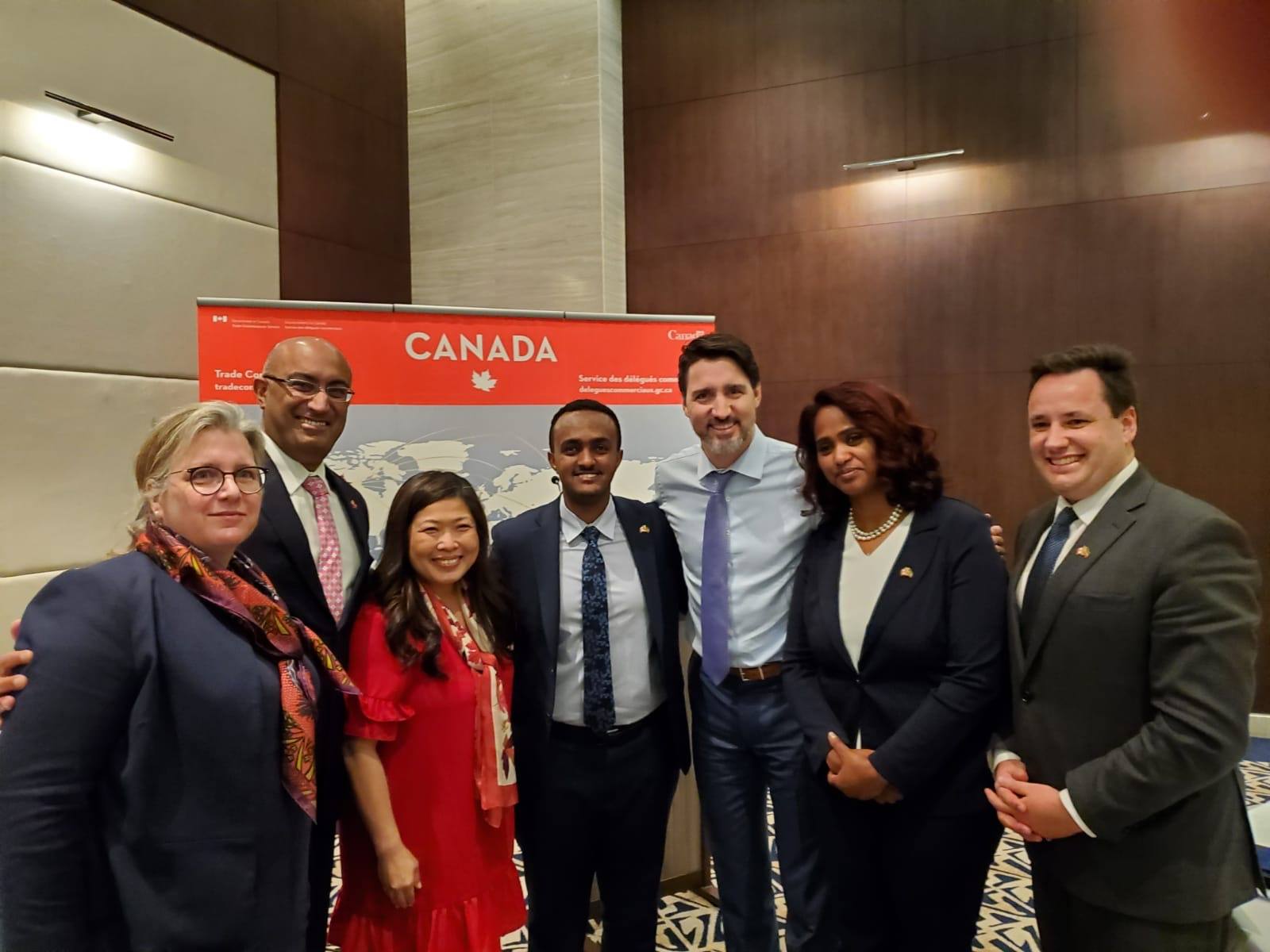 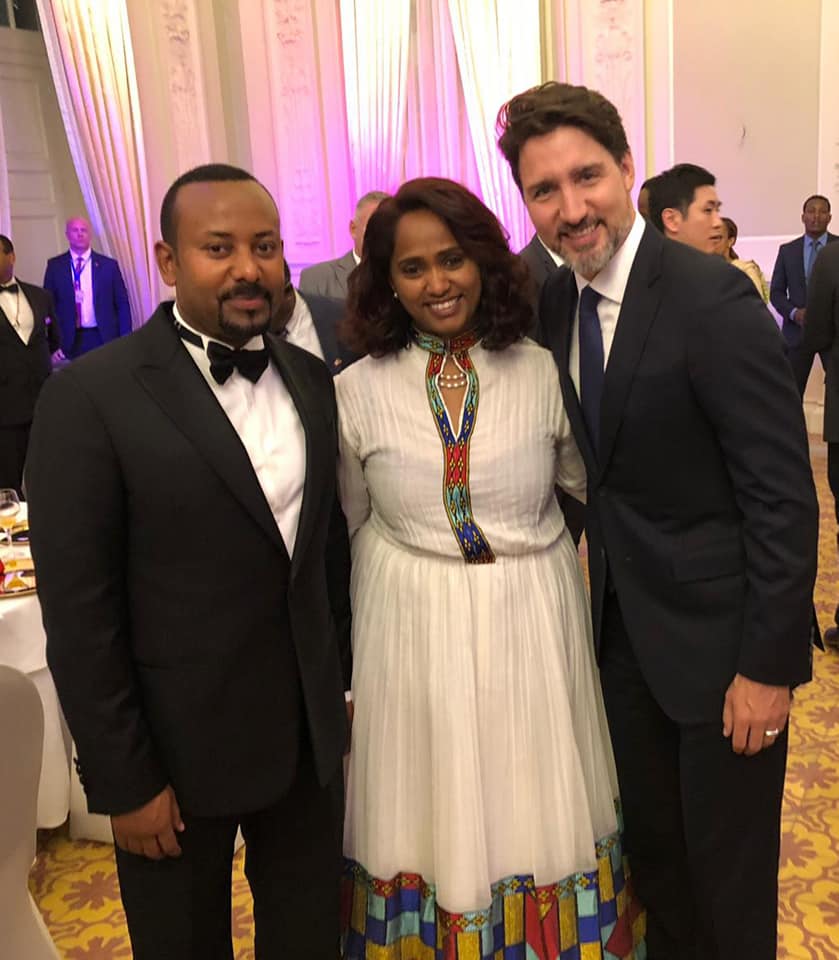 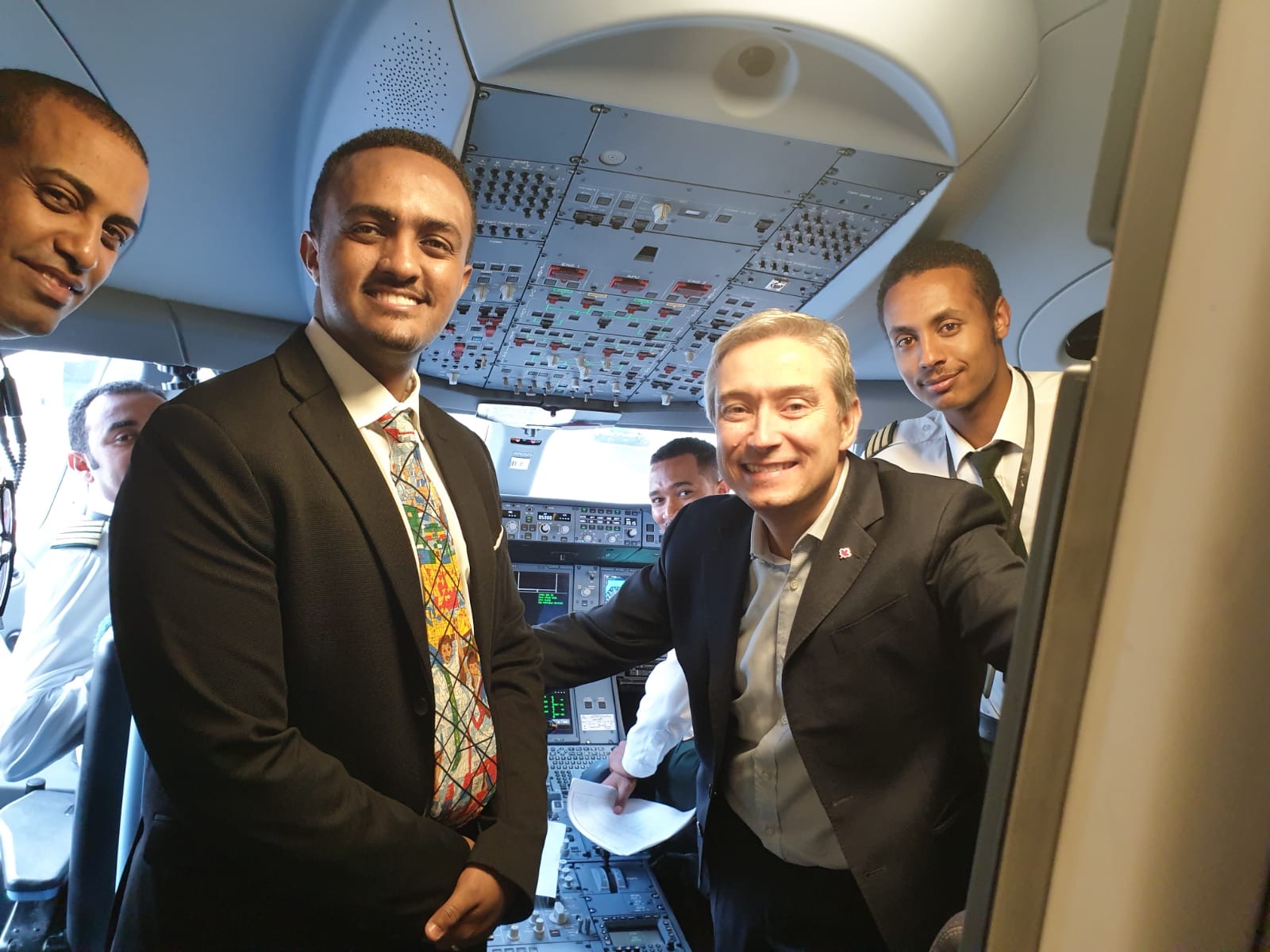 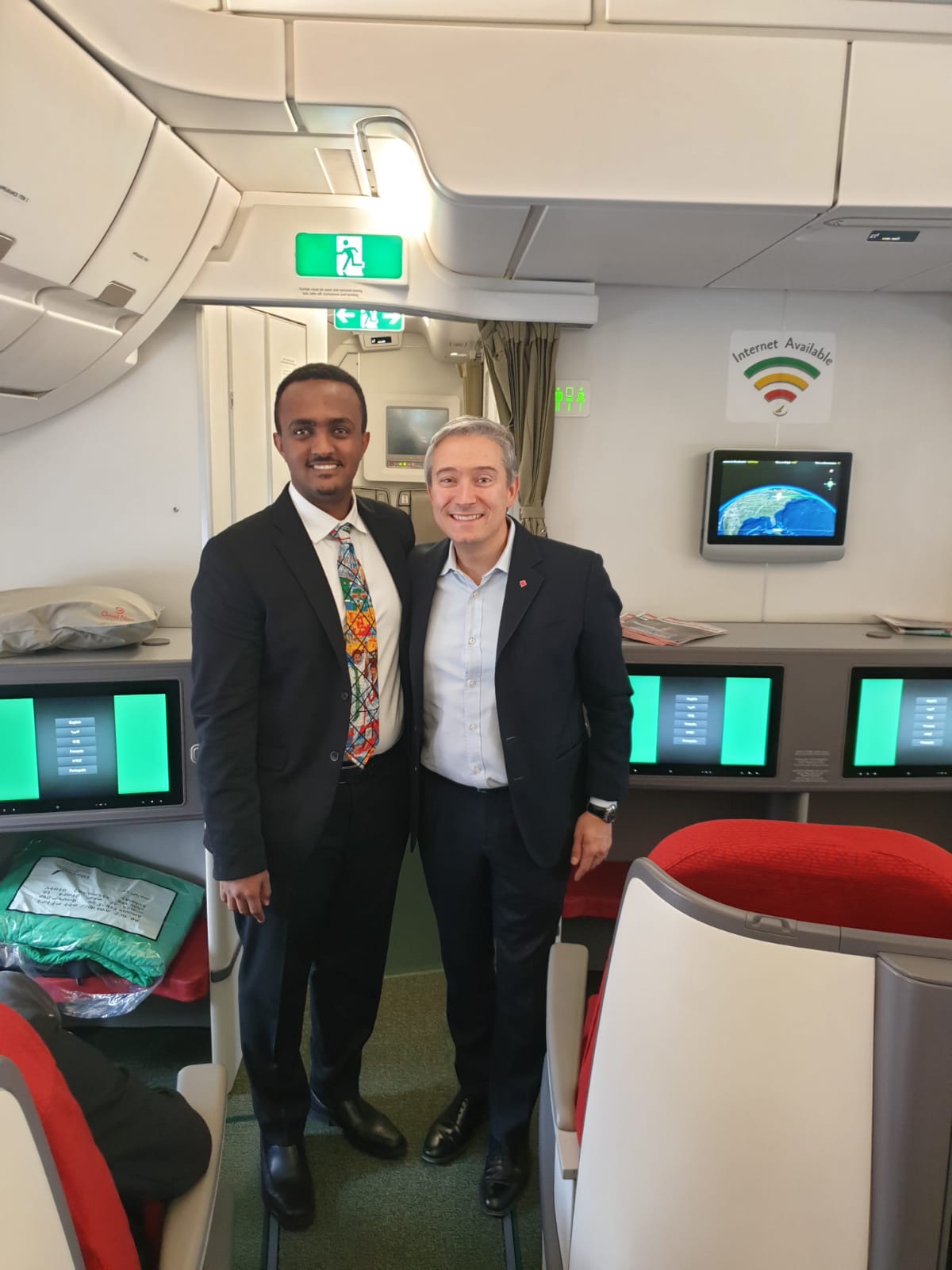